Trading with high spreads? Try our most competitive spreads in the industry. 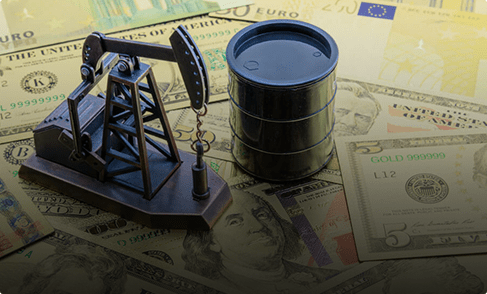 The foreign exchange market is where currencies are traded. Currencies are important to most people around the world, whether they realize it or not, because currencies need to be exchanged in order to conduct foreign trade and business. If you are living in the U.S. and want to buy cheese from France, either you or the company that you buy the cheese from has to pay the French for the cheese in euros (EUR). This means that the U.S. importer would have to exchange the equivalent value of U.S. dollars (USD) into euros. The same goes for traveling. A French tourist in Egypt can’t pay in euros to see the pyramids because it’s not the locally accepted currency. As such, the tourist has to exchange the euros for the local currency, in this case the Egyptian pound, at the current exchange rate.

One unique aspect of this international market is that there is no central marketplace for foreign exchange. Rather, currency trading is conducted electronically over the counter (OTC), which means that all transactions occur via computer networks between traders around the world, rather than on one centralized exchange. The market is open 24 hours a day, five and a half days a week, and currencies are traded worldwide in the major financial centers of London, New York, Tokyo, Zurich, Frankfurt, Hong Kong, Singapore, Paris and Sydney—across almost every time zone. This means that when the trading day in the U.S. ends, the forex market begins anew in Tokyo and Hong Kong. As such, the forex market can be extremely active any time of the day, with price quotes changing constantly.

Open a Trading Account with Australia
Regulated Broker You can Trust

Any cookies that may not be particularly necessary for the website to function and is used specifically to collect user personal data via analytics, ads, other embedded contents are termed as non-necessary cookies. It is mandatory to procure user consent prior to running these cookies on your website.